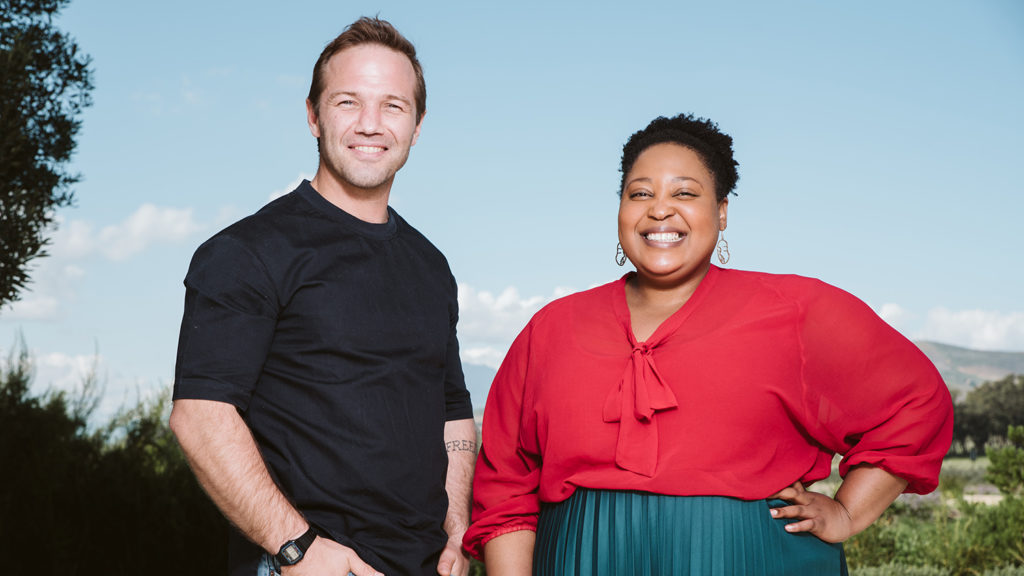 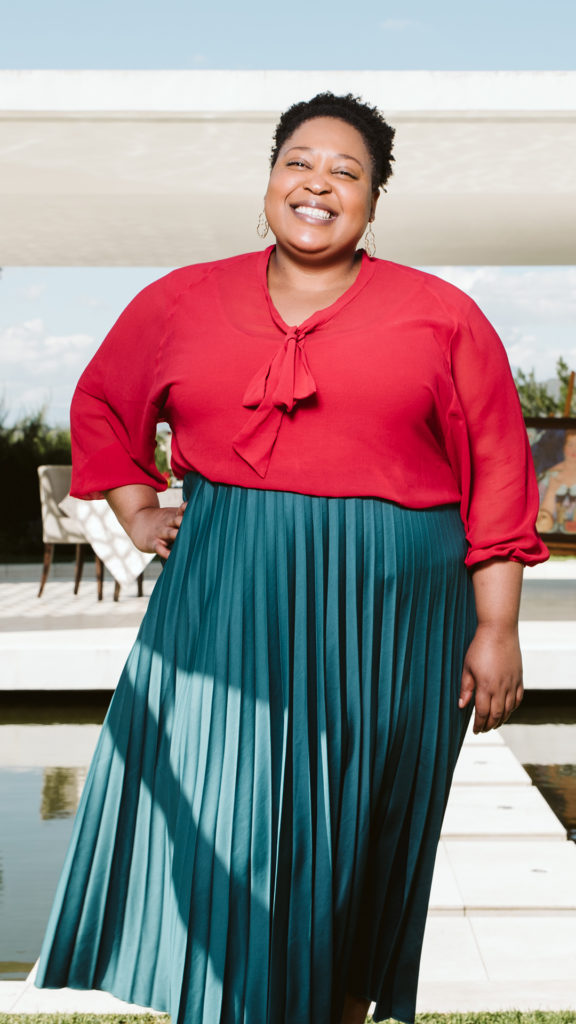 Zola Nene is no stranger to the world of television. This celebrity chef and author is best known as the resident chef on the S3 breakfast show Expresso. Zola understands the ins and outs of creating mouth-watering foods while having a knack for television. Zola is continuously aware of the camera while cooking – a skill which made her the perfect judge for the debut season of The Taste Master and now Season 2.

Zola studied at Institute of Culinary Arts in Stellenbosch. During her studies, she had the opportunity to work with some top local chefs such as Margot Janse of Le Quartier Français and Chris Erasmus of Foliage Restaurant.

Zola kicked off her career as a food assistant at Top Billing Magazine and then became the resident chef of popular morning breakfast show, Expresso Morning Show on SABC 3 from 2010 – 2019.

She has published two cookbooks titled Simply Delicious in May 2017 and Simply Zola in 2019, which won many awards.

Baker, entrepreneur and visionary Fritz Schoon started his working career studying quantity surveying in Bloemfontein and then moved to Johannesburg to work as a junior quantity surveyor. It was in this unlikely place that his journey in baking and food started.

After studying baking and then doing a two year working apprenticeship in Knysna, Fritz then moved to Stellenbosch and opened his first bakery.

His vision of providing honest, real food and connecting a network of local artisans and farmers has developed in to the SCHOON brand, owned by Fritz and his wife Chanelle Schoon. The brand continually evolves and now has seven eateries and the SCHOON Manufactory, which includes a small café, experimental kitchen, bakery and patisserie – the place where to brainstorm and create.

“The pioneer always stays in front. You can copy as much as you want to, but really, there is no depth to it, no longevity in it.” 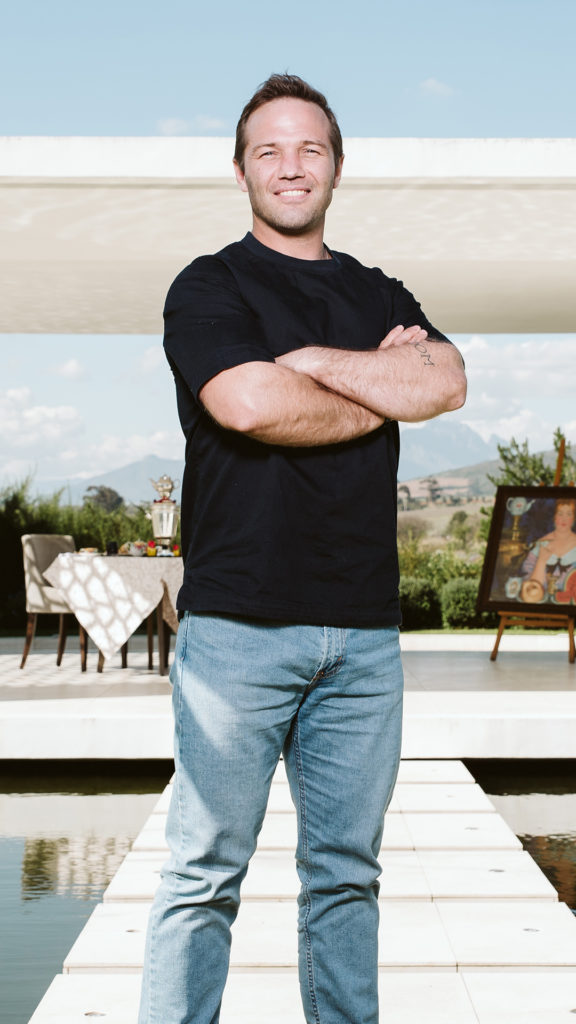 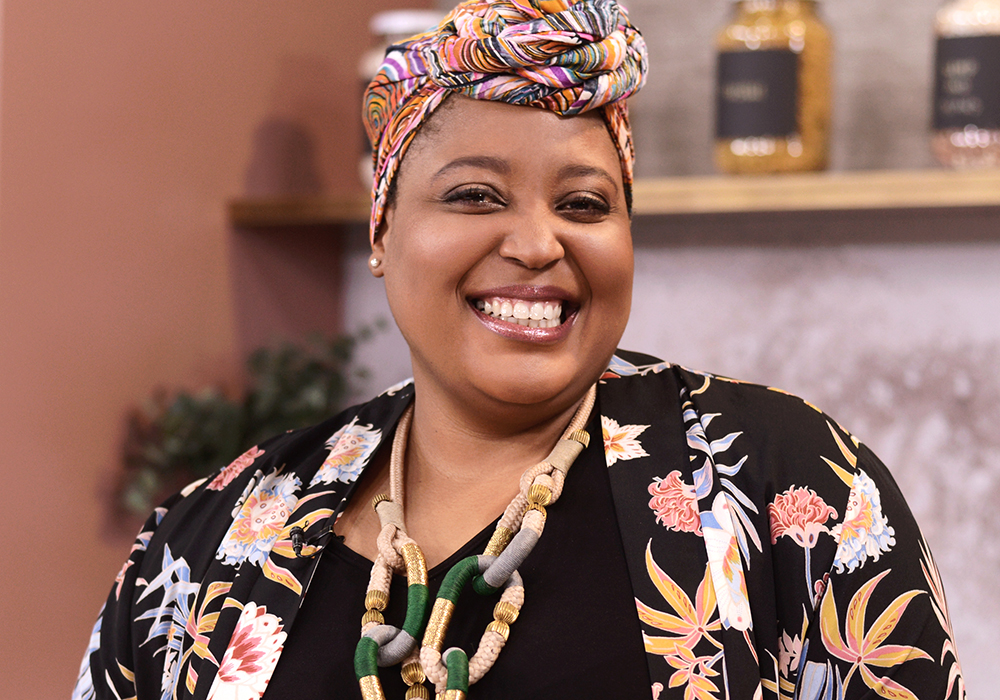 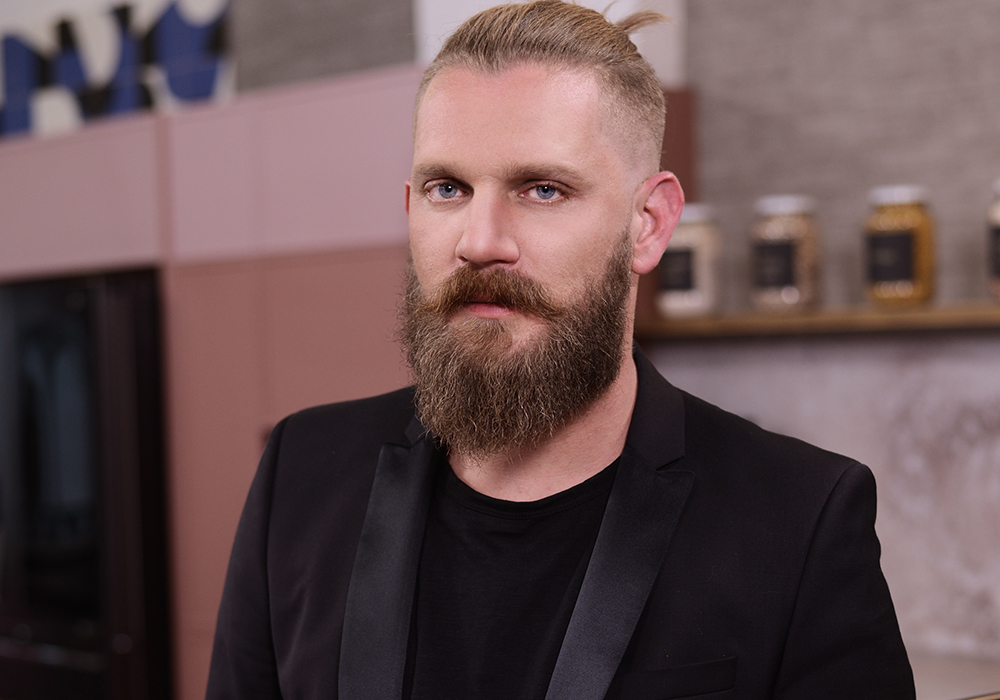 Meanwhile, Gregory Czarnecki is one of the most prolific chefs in South Africa’s culinary landscape. Born in France, Gregory and his family moved to Sweden when he was just 15 days old, only to move back just a few months later. By the age of 17, had lived in a total of 19 countries. Each country had different ways of preparing food and its where his passion for food stems from.

Gregory is currently the Executive Chef of the Restaurant at Waterkloof in Somerset West, which recently won a Top 10 award in the Eat Out Mercedes Benz restaurant awards. Gregory has worked at several Michelin-starred restaurants in Paris, including Restaurant Senderens (with mentor and three-starred Michelin chef Alain Senderens), Lucas Carton and Pergolèse. He became the head chef at The Restaurant at Waterkloof in 2009 and has worked hard to make the restaurant one of the most sought-after eateries in the country.

“I see The Taste Master as a great opportunity to discover new talent,” Gregory says. “It always amazing to see people who have a passion for food but are probably working in a completely different field get out there and showcase their culinary talent to the rest of the world.” The chef adds that he’s looking for a chef that has attention to detail. “I will be keeping a an eye on the contestant’s ability to be creative and consistent – both of which are keys to success for me. Personality will also play a big role as this will essentially come through their food and their ability to hold an audience.”

Zola Nene is no stranger to the world of television. This celebrity chef and author is best known as the resident chef on the SABC 3 breakfast show Expresso. Zola understands the ins and outs of creating mouth-watering foods while having a knack for television. Zola is continuously aware of the camera while cooking – a track which makes her the perfect judge for the debut season of The Taste Master.

Zola’s culinary journey has been an unconventional one. After studying a BCom law degree for two years, Zola realised that it was not the career path that she wanted. So, she applied for a holiday working visa and went to England where she looked for a job in a professional kitchen. She worked in a brasserie in Cheshire for two years, first as a hot section chef and then as the head pastry chef. After her two-year stint in England, Zola returned to South Africa and enrolled at the Institute of Culinary Arts in Stellenbosch. She specialised in Food Media in her third year of studies and subsequently worked at Top Billing magazine as a food assistant for six months. In 2010, Zola started her career as a celebrity chef by joining the Expresso Morning Show which ultimately saw her releasing her first cook book in 2016 called Simply Delicious while landing a stint of other impressive hosting and judging spots.

“I’m so excited to be judging The Taste Master,” Zola says. “I’m thrilled to be part of the process of giving this awesome opportunity to a fellow foodie.” She adds that she and Gregory will make the ultimate judging duo. “He’s the strict-straight-faced judge and I’m the smiley-happy-go-lucky judge so we strike a perfect balance,” she says. “I have first-hand experience in being in front of the camera on live television, so I know what it takes to do the job.” When asked what she is looking for in a winner, Zola says that “First and foremost, I am looking for someone who has a passion and genuine love for food and entertaining.  Equally important, is a vibrant and infectious personality.”

The Taste Master is a reality television show on SABC 2. Season 2 broadcasts Fridays at 7PM from 8 July 2022