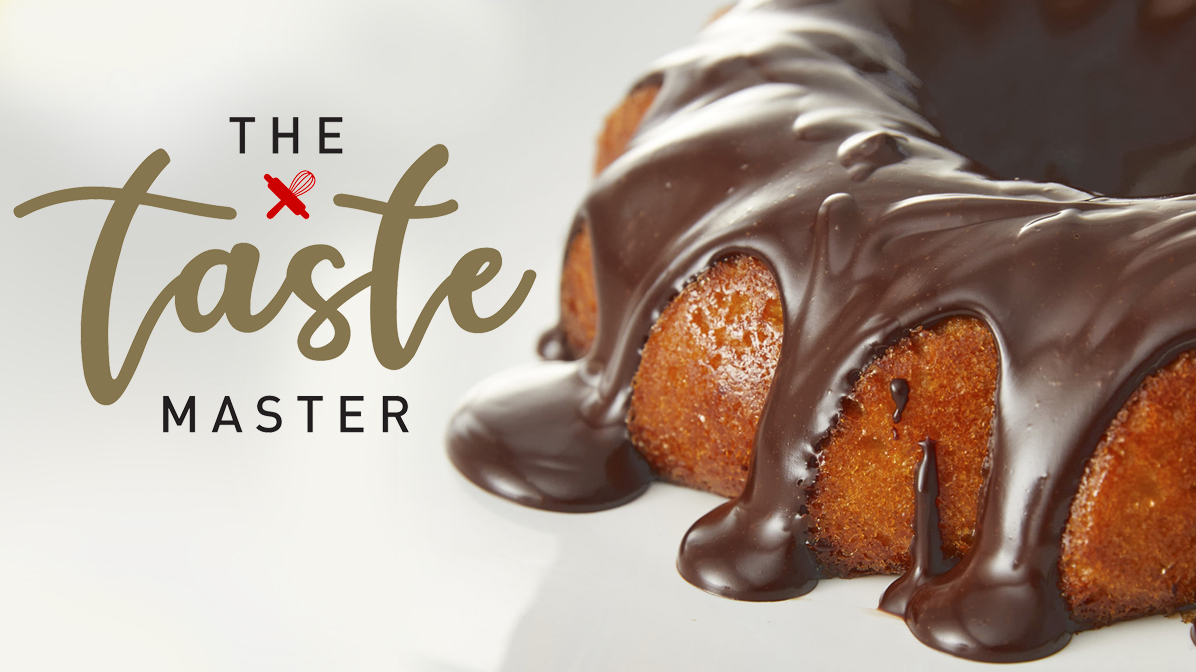 In association with Royal Baking Powder, the new season promises to showcase more good food and high drama as the contestants are set to put their baking skills to the ultimate test.

“We’re sure that Taste Masters SA: Baking Edition is going to uncover a treasure trove of new talent, and Royal Baking Powder is going to be there every step — and spoon! — of the way, helping these soon-to-be master-bakers as they whip up their culinary creations,” says Marli Visagie, the Mondelēz Category Brand Manager for Beverages, Meals, Gum & Candy CEA; Meals South Africa.

This season, Zola Nene returns to the judging panel and will be joined again by artisanal baker Fritz Schoon who made his judging debut in Season 2.

Zola Nene is no stranger to the world of television. This celebrity chef and author is best known as the resident chef on the SABC 3 breakfast show Expresso. Zola’s journey with food started while studying for a BCom Law degree. Two years into the degree, Zola realised that it was not the career path that she wanted. So, she applied for a holiday working visa and went to England where she looked for a job in a professional kitchen. There, she worked in a brasserie in Cheshire for two years, first as a hot section chef and then as the head pastry chef.

After her two-year stint in England, Zola returned to South Africa and enrolled at the Institute of Culinary Arts in Stellenbosch. She specialised in Food Media in her third year of studies and subsequently worked at Top Billing magazine as a food assistant for six months. In 2010, Zola started her career as a celebrity chef by joining the Expresso Morning Show which ultimately saw her releasing her first cook book in 2016 called Simply Delicious while landing a stint of other impressive hosting and judging spots.

Fritz Schoon has always been passionate about food but his appetite for baking, specifically artisanal breads, has made him one of the most sought-after bakers in South Africa. Fritz’s career officially began after he completed an apprenticeship with a fifth-generation Austrian master baker. It was then when he built a wood-fired oven at the back of the old bank building in Stellenbosch in 2010 which eventually turned into the popular Oude Bank Bakkerij.

Fritz’s obsession with bread and pastries has catapulted him into a household name. The baker owns a number of SCHOON Cafés around the Western Cape and his bread has also become a staple at a number of popular restaurant chains across the country. His knowledge and passion for baking makes him the perfect addition to The Taste Master: Baking Edition.

The winner of The Taste Master SA: The Baking Edition Season 3 will receive a R50 000 cash prize. Contestants also stand a chance to win a share of kitchen appliances to the total approximate value of R50 000.

The Taste Master SA: The Baking Edition has been made possible by the following partners:

The Taste Master is a reality television show on SABC 2. Season 2 broadcasts Fridays at 7PM from 8 July 2022